Dreams are the seedlings of realities – James Allen.

Most people say they don’t experience smells in their dreams, but Monell’s Joel Mainland is not like most people. Over the past two years, Mainland has spent a fair bit of his time dreaming of smells. That’s because the olfactory neuroscientist, along with two members of his lab, spent that time contributing to the DREAM Olfaction Prediction Challenge, working with scientists around the globe to better understand how the brain transforms information from chemical molecules into the perception of a smell. 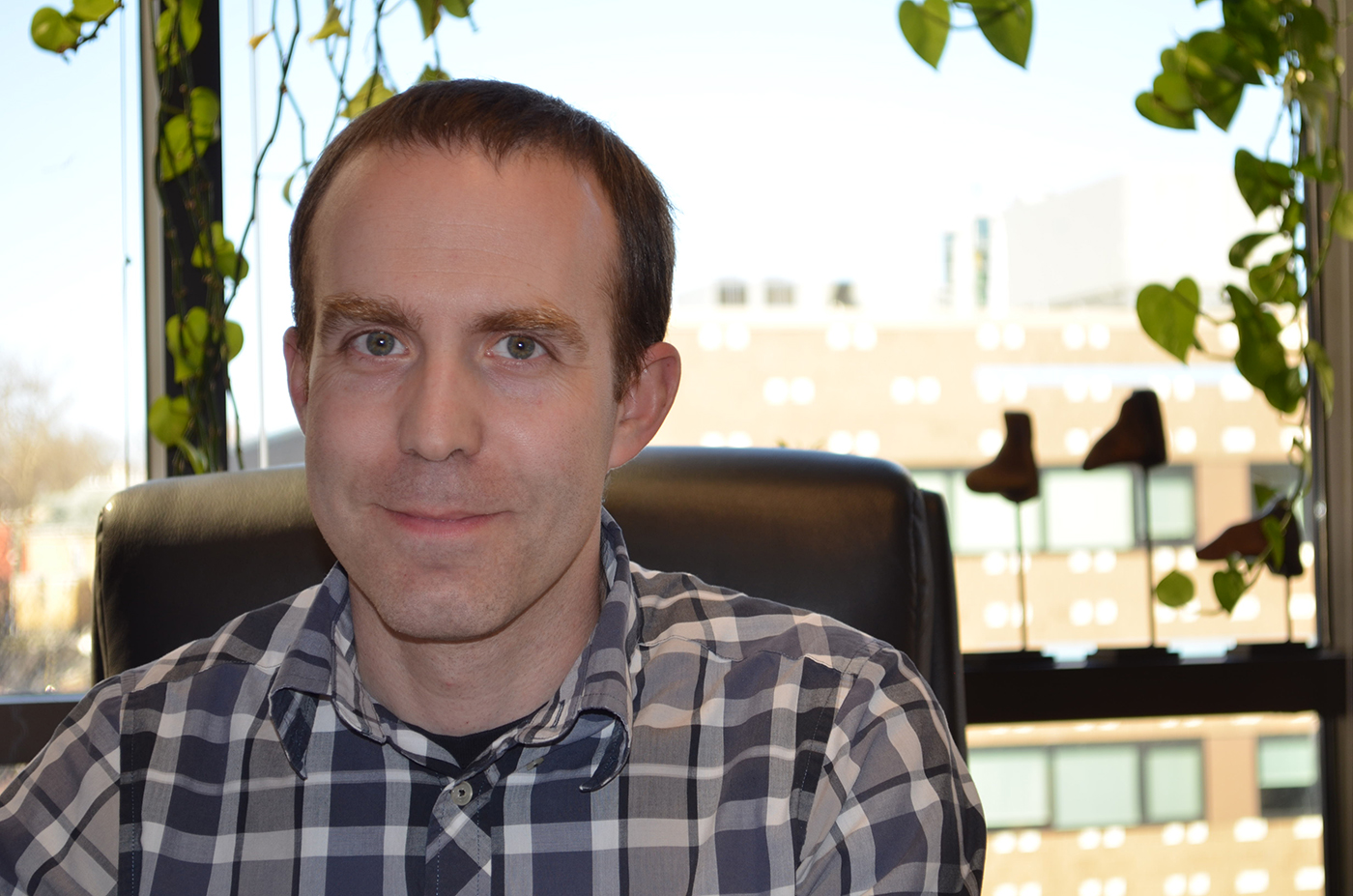 Recognized as a leader in the field of olfactory psychophysics (the study of the relationship between physical stimuli and the sensations they evoke) and molecular genetics, Mainland’s research focuses on understanding how chemical molecules are translated into what we perceive as odors.

When it comes to perception, the senses of sight and hearing are orderly systems based on wave characteristics. Scientists long ago figured out that we can predict color perception by knowing the wavelength of light when it hits our retina: 700nm will be blue, 470nm will be red. For hearing, a soundwave frequency of 261 Hz (waves/second) is perceived as middle C.

But olfaction, the sense of smell, is a seemingly unruly chemical sense that responds to an undetermined number of molecules. Furthermore, no one knows how to predict what a given molecule will smell like.

“We don’t understand how the brain interprets olfactory information. That is a huge hole in basic knowledge right now,” says Mainland, who speaks in a rapid-fire cadence and comes across as simultaneously relaxed and intense. “Many scientists thought that this was almost an insurmountable problem, but the DREAM Olfaction Challenge showed us that actually big chunks of this problem are pretty solvable. So it turns out that it’s not as hard as we had previously thought.”

Using Machines That Learn to Dream?

No one knows exactly how many different kinds of molecules humans can smell, but it likely numbers in the millions. That said, there probably are millions more molecules that don’t have an associated odor. Wanting to understand the chemical features that predict whether a given molecule does or does not have an associated smell, Mainland turned to a field of artificial intelligence known as machine learning, where computers examine patterns in large data sets so they can ‘learn’ to make predictions.

“The question we were asking was, when you look at a chemical structure, can you use the characteristics of that molecule to tell whether it has an odor?” said Mainland.  “Then the DREAM Challenge came along, and they were using the same molecular characteristics to ask a more complex question, that is, what does it smell like?”

DREAM, shorthand for Dialogue for Reverse Engineering Assessments and Methods, goes beyond its acronym to represent the goal of using data sharing and open science to answer increasingly complex questions in biology and translational medicine. Run by researchers from a variety of organizations, the Challenges use crowdsourcing to attack big questions and identify solutions that will have the greatest impact on human health. One DREAM Challenge sought to identify genetic traits that contribute to cancer cell viability. An ongoing Challenge seeks to improve the accuracy of digital mammograms.

The DREAM Olfaction Prediction Challenge took advantage of a large set of perceptual data that had been collected by scientists at the Rockefeller University in New York City. To construct the dataset, the Rockefeller researchers asked 49 human subjects to smell 476 different molecules and rate each for intensity (how strong), valence (how pleasant), and quality (from a list of 19 different descriptors, such as sweet, burnt, fruit, grass, musky, and wood). 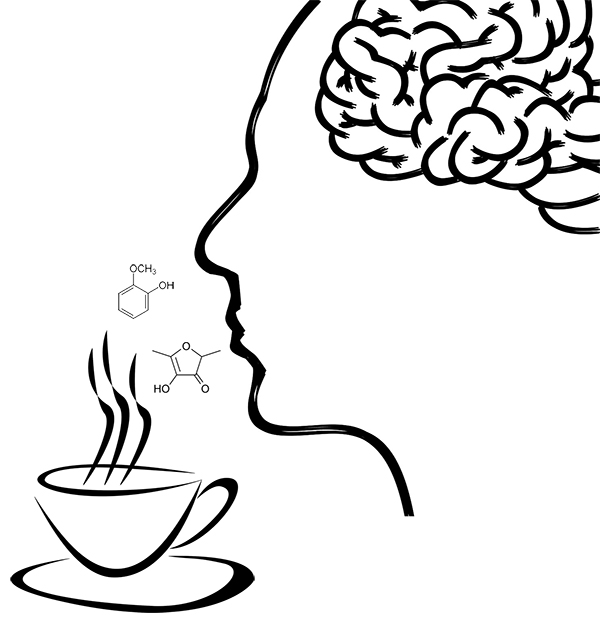 For the DREAM Challenge, participants were given these data along with a list of 4,884 physical-chemical features for each of the different molecules assessed by the subjects. The goal was to use the combined data to build models that accurately predict how a molecule will smell.

Sensing an opportunity to utilize approaches already in place, Mainland convened a lab meeting to talk about the Challenge with members of his team, including visiting scientist Yusuke Ihara and research analyst Wendy Yu. “We discussed different machine learning strategies and then we started working on models,” he recalls.

A total of 22 teams, including two from Monell, tackled the problem, using machine learning procedures to build models and test their accuracy. Many of the contestants were data scientists not interested in olfaction per se, and feedback from the Challenge leaderboards soon told the Monell teams that other teams were outperforming them. “This actually was a big motivation for us to try new things, asking ourselves how we could improve what we were doing,” recalls Mainland.

After the Challenge results were announced in June 2015 (with the Monell researchers placing near the middle of the pack), many of the teams came together for a collaborative phase to help improve the winning models: this is where Mainland believes that he and his lab helped to understand the models through their expertise in olfactory neuroscience and perception. As one example involving an amino acid called cysteine, they noted that the smell the subjects rated was the smell of an impurity, not of cysteine itself. They also were able to interpret some of the rules that the model developed (“without any training from us,” notes Mainland) to make its predictions.

On the flip side, Mainland’s group benefited when one of the other teams started describing the various molecules using their ‘fingerprints’, a way of quantifying shared molecular substructures. “These features really improved models for certain descriptors, and we now use them for other modeling efforts in the lab,” he says. 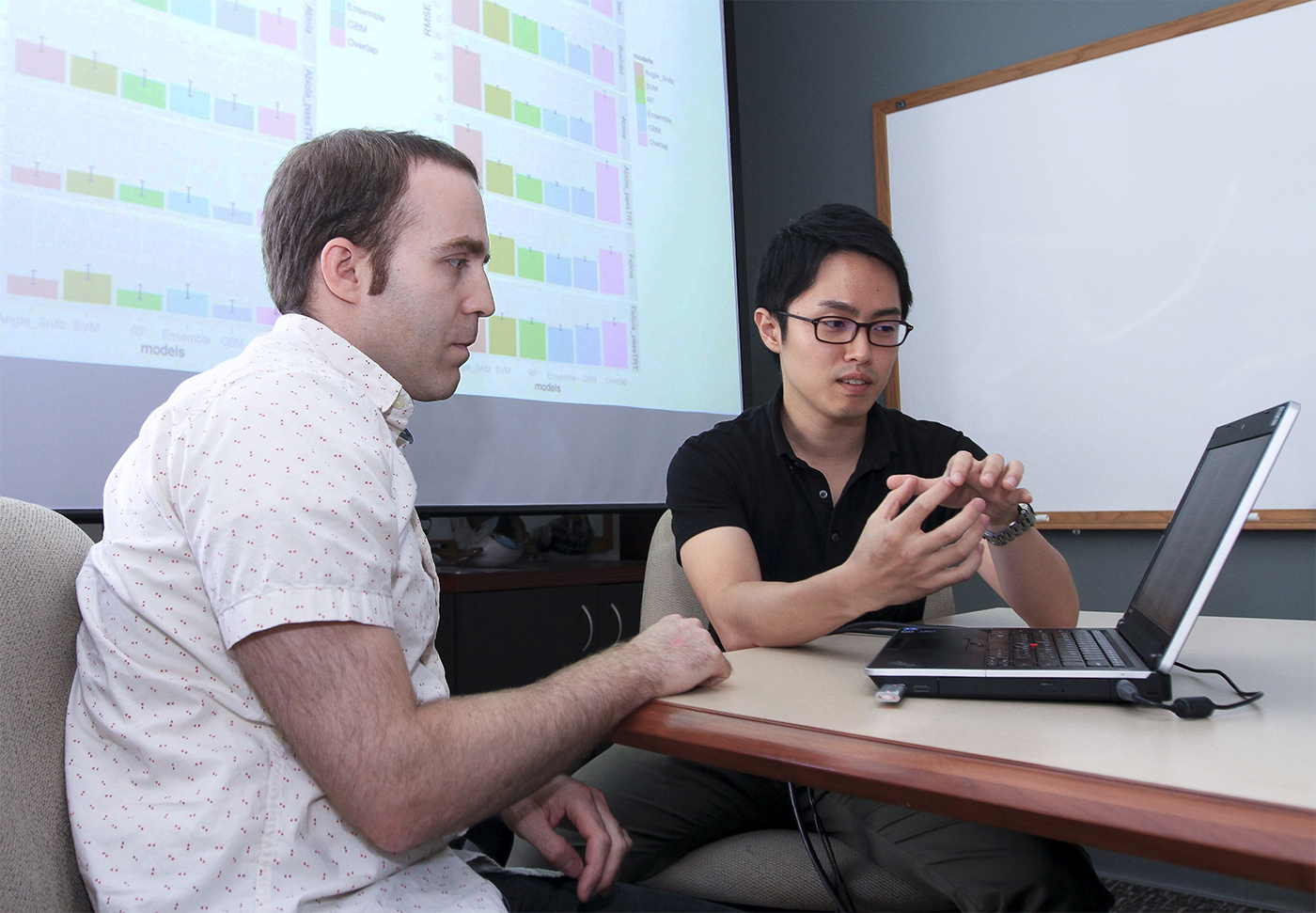 At the end, the collaborative model was able to predict a given molecule’s odor pleasantness and intensity fairly well, with prediction scores of about 7 or 8 on a scale of 1-10 (with 10 being the most accurate). The odor qualities – whether the molecule smelled like descriptors such as grass, bakery, or decayed – were more difficult to predict.

The team and collaborative results from the DREAM Olfaction Prediction Challenge were published last month in the journal Science.

“The models we created were not perfect, but this challenge showed that you can jump straight from molecule to perception reasonably well,” says Mainland. “This tells us that there are some broad themes that we can use to understand olfactory perception.”

With one very large hurdle at least partially cleared, Mainland next wants to refine the approach to address the problem of predicting odor quality. Noting that most of us cannot distinguish between “musky” and “sweaty” or between “sandalwood” and “oak,” he plans to ask perfumers and flavorists, professional raters who are trained to recognize and differentiate thousands of odors, to assess a wider range of odor qualities. 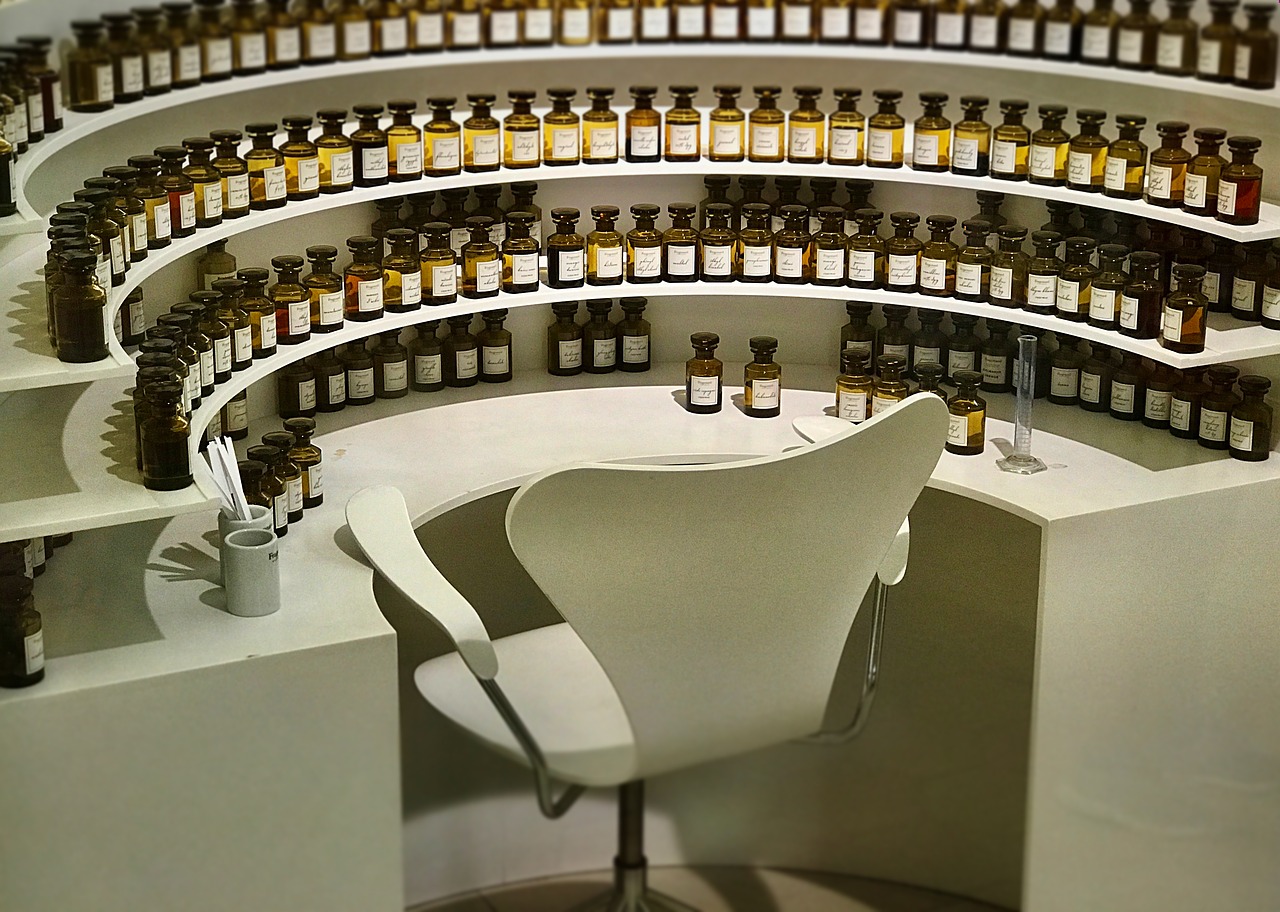 Joel Mainland continues to dream big. “Once we understand how the brain is encoding all this information, we can use that knowledge to create a way to digitize odors. Imagine being able to send a scent signal over the internet – that would open up a whole new way for us to communicate with one another,” he says.

← From Lab to License: Tech Transfer in Action
A Glowing Gold Face for our Golden Anniversary →