Why leave the cozy confines of the lab?

Sometimes you have to go outside the box.

While research at Monell has worldwide significance, the Center’s scientists typically focus their efforts inside two buildings in the heart of Philadelphia’s University City. But sometimes they find they can learn more when they forgo the laboratory walls and venture into the Philadelphia community. 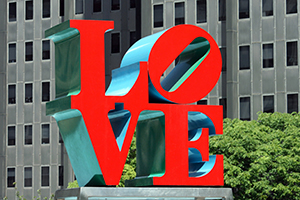 Which is precisely what psychologists Valentina Parma, PhD, and Debra Zellner, PhD, have been doing.

Parma was looking for children to participate in her research on Autism Spectrum Disorders to better understand the sensory differences those children experience. Zellner wanted to study the eating patterns of school children in low-income neighborhoods to help them learn to eat more healthily. Though each had different objectives, they achieved them in the same way: by leaving the lab.

Playtime at the Museum

As a collaborator in a global endeavor to develop an international test for smell function in children, Parma needed 5 and 6 year old kids. Lots of them. And what better place to find kids in Philadelphia than the Please Touch Museum (PTM)? One of the country’s top-rated children’s museums, more than 500,000 children and parents visit PTM every year to play and learn.

So Parma reached out to ask PTM if she could recruit and test children at the museum. With a focus on outreach programming and community partnerships, PTM was highly interested in bringing the scientific process into the museum.

Parma and Monell Science Apprentice Program (MSAP) intern Jovanna Pope visited PTM several times over the summer of 2014, setting up a station where they could ask children to smell and identify the odors of interest to the international cohort. They also provided educational material for parents and children on the sense of smell and the importance of scientific research.

The effort was highly successful, revealing revealing that U.S. and German children were equally able to identify the test odors. Pope presented their findings at the 2014 MSAP Final Symposium, winning the ‘Scent-sational’ award for best poster. 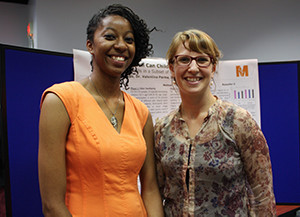 Once the collaboration proved successful, Parma’s PTM contact suggested that they apply for a grant from the National Living Laboratory (NLL). The NLL program, which receives support from the National Science Foundation, fosters museum-academic collaboration by providing a framework in which scientists can conduct research involving the partner museum’s visitors.

Not only does the NLL initiative aim to support scientists’ research goals, but the program also focuses on bringing members of the public into close contact with real-world science. All studies take place out in the open on the museum’s exhibit floor. Museum visitors have a chance to contribute to active research, and non-participant visitors are able to observe and learn more about the scientific process.

The NLL partnership provided the perfect opportunity for Parma to advance a research interest focused on olfaction in children with and without Autism Spectrum Disorders (ASD). With a strong commitment to accessibility and inclusion for all children, PTM provides times and space for ASD children to participate in its exhibits, making it a logical site for Parma’s research.

A separate project at the museum now seeks to determine if children with ASD sense and react to smells in the same way as children without ASD. Parma’s ultimate goal is to provide new tools in diagnosing and treating these disorders.

Parma believes there are multiple benefits to doing research at the PTM. Bringing science outside of the lab demystifies it and makes it more accessible. “We’re showing parents that science can be approachable,” she says. “For their part, the children are having fun with topics related to science, and learning not to dread the subject.”

Parma notes that through her work at the museum, she serves as a positive role model for careers in the sciences, especially for young girls. She often tells the children, “You can broaden your horizons if you’re willing to accept the challenge. Science is a way to do that.”

Spending time at the museum also allows Parma to better educate the public about the sense of smell. “We’re exposing a diverse population to a topic in science that is underrepresented,” she says. “Most people think smell isn’t an important sense.” The more the museum’s visitors learn about olfaction, the more curious they become, and the researchers have seen a growing appreciation for the sense of smell.

Parma’s work at the Please Touch Museum highlights another benefit to spending research time outside the lab. “We are helping Monell become better known in the community,” Parma says. “They may not remember us specifically, but they always remember the golden nose.”

Elsewhere in Philadelphia, Debra Zellner has stepped out of the lab and into local grade schools to investigate how children interact with their school lunches. Her work exemplifies Monell’s interest in translating the Center’s basic research into community settings.

Research has shown that taste and smell play a significant role in nutrition, and several Monell scientists are investigating how the chemical senses affect healthy eating. Zellner, who studies food acceptance and is on the faculty at Montclair State University, is concerned about American’s current relationship with food. “We’re a very unhealthy nation at this point,” she says. So she decided to spend her recent sabbatical year at Monell investigating the effectiveness of an innovative new approach to school lunches called “Eatiquette.”

Pioneered in Philadelphia, Eatiquette is an initiative of the Vetri Foundation for Children. Founded by Marc Vetri, chef-owner of several critically acclaimed Philadelphia restaurants, the Vetri Foundation is a non-profit organization dedicated to helping kids experience the connection between healthy eating and healthy living. The program focuses on promoting healthy eating using chef-prepared foods and interactive family-style dining. 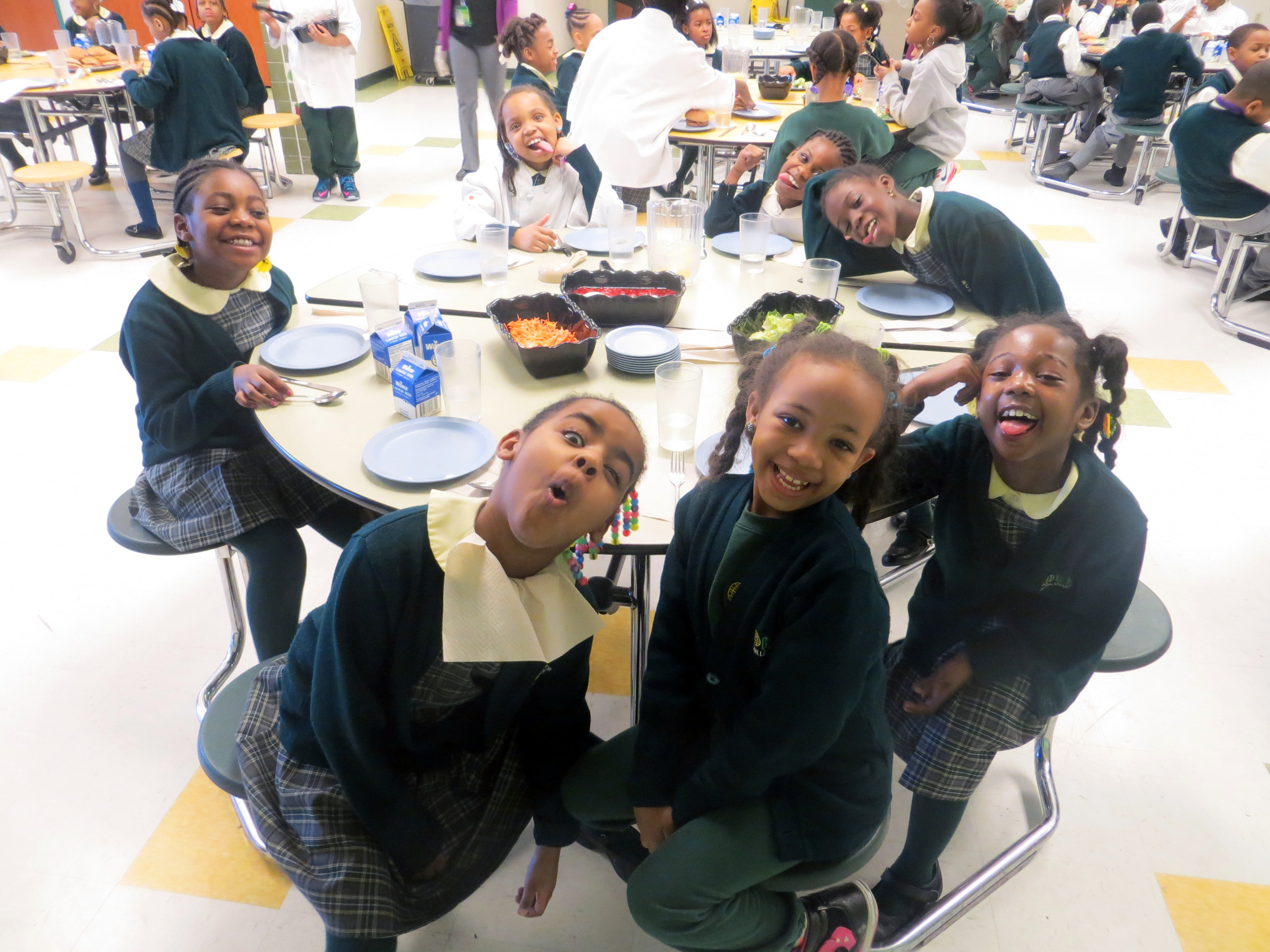 Even healthy lunches can be fun. Photo from Vetri Foundation.

Vegetable consumption and other components of healthy eating are particularly important for children from lower-income families, who are more at risk of developing obesity. According to the Centers for Disease Control, 41 percent of Philadelphia youth aged 6-17 are overweight or obese. In the low income neighborhood of North Philadelphia, nearly 70 percent are overweight or obese, nearly double the obesity and overweight rate for youth in the United States.

Knowing that laboratory studies have identified ways to increase vegetable liking and consumption, Zellner and the Vetri Foundation both wanted to know whether the Eatiquette program actually leads to school children eating more healthily. To evaluate healthy eating, Zellner decided to focus on the amount of vegetables eaten by 3rd and 4th graders.

However, that presented a bit of a problem. You can’t bring 4th graders to a lab and expect their eating habits to accurately match those at their usual lunch tables.

So Zellner had to go back to school.

With a grant from the Barra Foundation, which invests in innovative projects addressing the needs of Philadelphia communities, Zellner spent the past school year observing student lunches at two Philadelphia schools located in low-income neighborhoods. 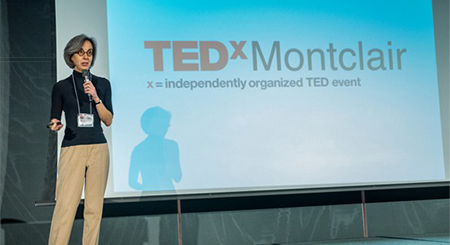 The “experiment” school served an Eatiquette lunch on Fridays, and heat-and-serve meals, similar to the type served on airplanes, the rest of the week. The “control” school served standard commercial food service meals.

Zellner and her team watched as many kids simply discarded vegetables such as steamed string beans from the non-Eatiquette meals. Conversely, when served the cooked-from-scratch Eatiquette meals, most students ate more of the vegetables, which ranged from baked sweet potato fries to kale and barley salad.

Zellner sees the program as providing kids with a more positive perspective on healthy food. Noting that school might be the only place where some children have a chance to eat a wide variety of vegetables, she says that “when those vegetables are repeatedly unappetizing, the kids learn to eliminate many of those vegetables from their diet.”

The children served the Eatiquette lunches did indeed learn to like their veggies. In the beginning of the school year, only 31 percent of the kids ate all their cauliflower when it was served – even though it was well prepared á la Eatiquette. Fast forward four months of Eatiqutte lunches and 70 percent chowed down their entire serving of cauliflower.

“The Eatiquette principles are helping the kids to eat more veggies,” said Zellner. “Moving forward, we next want to ask whether the increased liking generalizes to cauliflower and other veggies outside the lunchroom.”

How did the 3rd and 4th graders feel about being test subjects? Zellner isn’t sure if they fully appreciated the significance of their input in the study. Regardless, the students seemed to understand that the researchers were doing something meaningful, and enjoyed being influential contributors. Zellner recalls a particular encounter: “I looked down, and there’s a little person hugging me. She says, ‘You know, I was thinking… You know how you said you were going to interview us now, and then later at the end of the year? I think you should interview us more often.’”

At moments like these, you can almost see the smile below Monell’s golden nose.