In the first of a series on Monell’s hard-working postdoctoral fellows, we managed to pull two young scientists from their labs long enough to talk with us about their research, life at Monell, and how they’re enjoying their time in Philadelphia.

Stephanie Gervasi, PhD, who received her doctorate in Zoology, studies how diseases – and the ways they alter an animal’s odor – can affect animal populations and interactions. She works with with Gary Beauchamp, PhD and Bruce Kimball, PhD.

Dr. Gervasi enjoys science outreach and recently spoke about her research at the Philadelphia Taste of Science event on April 23. You can follow her on Twitter at @StephGervasi.

Q: How do you describe your research to non-scientists?

I usually start by telling people about this really cool phenomenon: we smell different when we’re sick. People can typically relate to that; many have anecdotal stories about how they knew their kid was getting sick or that someone around them was coming down with something because of how they smelled.

I introduce the relevance of our sense of smell by explaining that body odors help to set the “rules of engagement” whether we’re aware of them or not. They’re operating behind the scenes to dictate how we view and interact with the world around us, how we perceive others, and how we perceive our environment.

Q: How did you end up studying these sickness odors?

I started with an interest in conservation biology – I was a biology major as an undergraduate. My first area of research involved amphibian populations. A decline in frog populations has been observed all over the world for decades, everywhere that amphibians are found (basically everywhere except the polar areas). My work involved looking at a newly emerging fungal pathogen and its role in these population declines. It wasn’t (and still isn’t) very clear why this pathogen was having such drastic effects on some amphibian species and populations and not others.

So I went from having a passion for conservation science to an interest in disease. I began asking questions in my research about why diseases were in some places and not others, why some species and some individuals were susceptible and others were resistant.

One thing we know is that the way animals aggregate, the population density, and the way that individuals make contact with each other can tell us a lot about whether or not we’re going to get an epidemic.

Coming to Monell meant that I could incorporate a whole new field – chemical ecology – to provide a window into some of the underlying drivers of animal contact networks. So now I am integrating behavioral and chemistry-based components into my research approach, which also incorporates comparative physiology and immunology. I realize it seems very random, but that’s how it happened!

Q: How did you decide to do your postdoc at Monell?

I have a friend who had worked at Monell as a postdoc, and he thought it might be a good fit for my background and experience. After I talked with a lot of people here, I ended up wanting to work with Gary and Bruce – that was really central to my decision. Gary has been studying the phenomenon of sickness odors for a long time and Bruce has a unique applied perspective of how this knowledge might be used to do disease detection and surveillance in the field. It was the perfect combination of my background and something new and different and really exciting.

I enjoy working with people who have had different training than me. When I discuss my research questions I gain the perspectives of a really interdisciplinary group. It’s fun to talk with people who see things in a completely different way or who use very different approaches.

I think my work has gained dimensions I would never have been able to achieve if I had stayed in a department or lab of people thinking the same way as me.

Q: What would you tell someone, say an elementary school student, who wanted to be a scientist?

I think science is so much broader than the way you see it in a textbook. My most enduring visual of being a kid is going to the library and checking out the Jacques Cousteau books about the underwater world. I never would have made the connection between being curious about these weird organisms to becoming a scientist.

I would tell an elementary school student that if they’re curious about the natural world or how things work and want to discover new things, then that’s a really good indicator that they would enjoy becoming a scientist.

I would also encourage younger students to reach out and try to connect with scientists. This might seem scary (reaching out to someone you don’t know), but most of us absolutely love to hear from young students who are interested in science and we might be able to advise them. These days, you can connect with many scientists in unexpected places, like Twitter and Instagram!

Q: Do you have a favorite place in Philadelphia?

Everywhere! Everywhere in Philadelphia is my favorite place. This city totally energizes me; I love walking through the city, observing the art and architecture, meeting new people, and trying new restaurants. We live in a beautiful place. 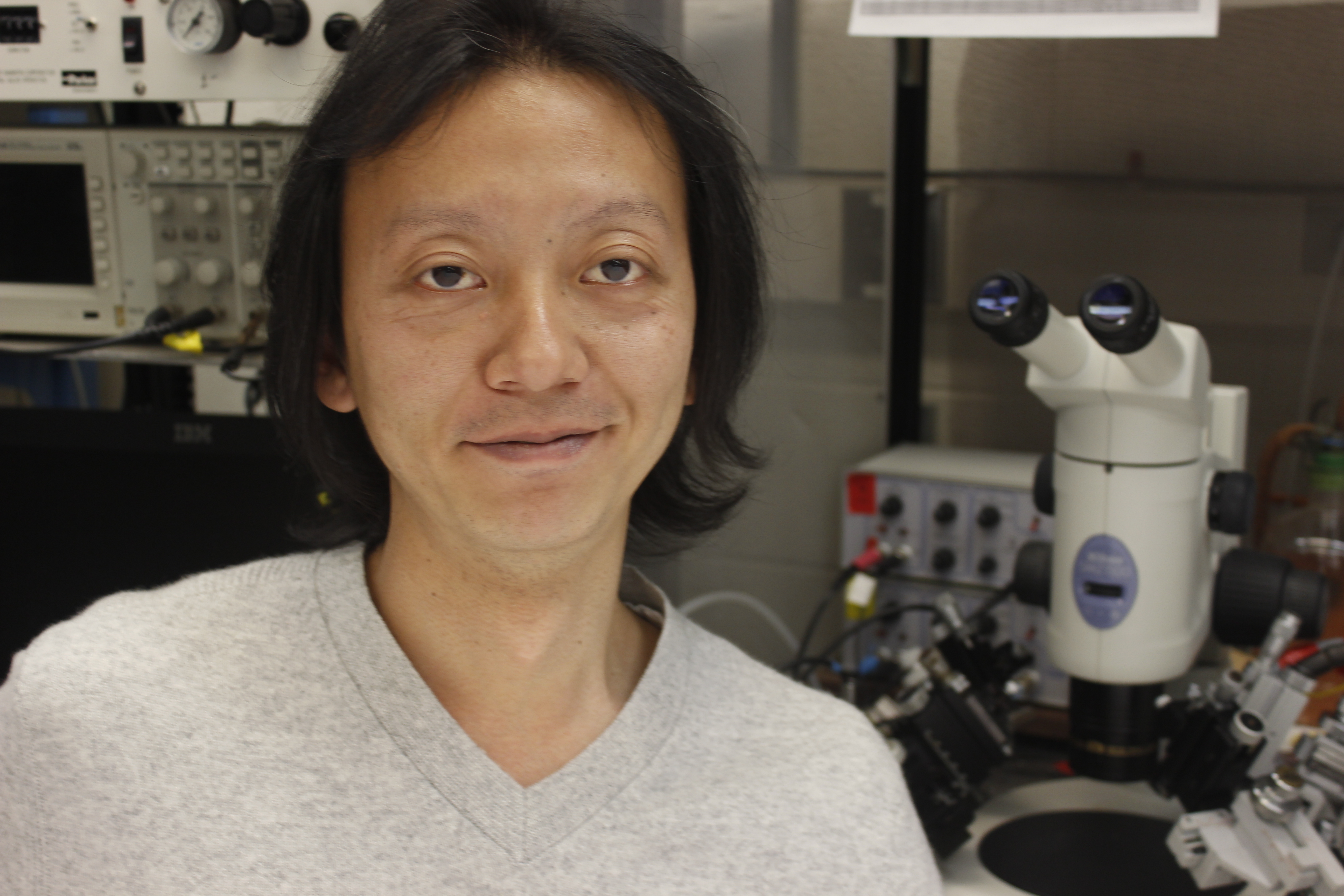 Q: What is your research about?

Currently there are no evidence-based therapies for olfactory dysfunction, or problems with the sense of smell. As a practicing ENT physician, this troubles me and I want to help develop new therapies using basic research.

My research at Monell focuses on how the olfactory epithelium [the nasal lining that contains odor detectors] regenerates, with the hope of someday developing effective treatments for people with olfactory dysfunction.

Q: Why did you decide to come to Monell?

I knew about Monell because it’s a famous olfactory- and taste-specific institute. Japan doesn’t have a center like this. I feel that Monell is the best place in the world to engage in this sort of special research.

I chose to study with Johannes because he focuses on the olfactory epithelium and olfactory bulb – the first two parts of the odor detection pathway. Odor perception is complicated, and eventually involves the brain, but I wanted to investigate these initial elements. Johannes also specializes in electrophysiology, a very important and difficult technique for understanding olfactory neurons, and I wanted to learn his methods.

Q: How did you decide to become a physician?

Well, my father is a dentist and my brother is a doctor, so medicine is in my family. Specifically, I chose to become an ENT because I suffer from allergic rhinitis and otitis media, and I often went to ENT clinicians as a child. For me and many others, these are not terribly serious conditions, but chronic rhinitis can cause smell loss in some people. I’m lucky, medicines have helped me so far, but just having chronic ENT issues interested me in studying to become an ENT myself.

I like Monell because there are a lot of researchers with various specialties: psychologists, zoologists, taste scientists, and more. I can get many kinds of background knowledge without leaving the building, and as far as I know there is no other such institute in the world. This is very attractive to me.

Q: What would you tell someone who wants to be a scientist?

I strongly recommend it. Scientists create new knowledge – that is very exciting! A person who can make something new is very attractive. That’s why it’s good – scientists can discover new things and increase understanding through their research.

Q: What do you like to do in your spare time?

I’m always here at Monell! I only have a limited amount of time here, and I’m here to conduct my research, so I’m always here. Well, that’s not exactly true, sometimes I go to hear the Philadelphia Orchestra play. I also go to sushi restaurants in New York City, which are really nice!

← Researching Smell, From Someone Who Can’t
Changing Taste →